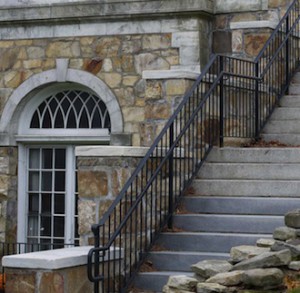 I draft this against the backdrop of the massive renovation of Stetson Hall and construction of the new main library (New Sawyer Library?) that will be connected to it. If you’re curious about this phase of the project, you can eyeball the state of construction using the project’s webcam. We’re now less than two years from move-in, which will be followed by the deconstruction and removal of Sawyer, a building whose disappearance will be lamented by few. And if you’ve wondered about what the off-campus Library Shelving Facility looks like inside, check out this image, which I’m tempted to label “The Inhuman Moment,” although the LSF is of course a quintessentially human creation.

We’ve got some new faces in the ANSO faculty roster, and the program’s enrollments are stronger than ever.

We always welcome news from former students, so by all means drop a line to anyone in the department. Let us know what you’re up to.

David Edwards’s documentary Kabul Transit is still getting favorable attention years after its release. In Feb. 2012, Edwards was interviewed by Chi-Hui Yang about the film & the circumstances of its creation, especially in light of Afghanistan’s current situation.

In The Browser, another online publication, his books are mentioned as among the best for anyone who wishes to understand Afghanistan’s history & current predicament.

The University Press of Florida has announced the imminent publication of Motul de San Jose: Politics, History, and Economy in a Classic Maya Polity.

“This volume is the first of its kind. A complex mosaic of how a relatively small Late Classic Maya polity was economically, socially, and politically organized. A must-read for all Maya scholars.”—James F. Garber, editor of The Ancient Maya of the Belize Valley

“The editors have assembled a remarkable array of evidence, including several innovative analytical methods. The product is a synthetic model that will shape how we understand and study Classic Maya political economy for the next several decades.”—Jason Yaeger, author of Classic Maya Provincial Politics

James L. Nolan Jr., Professor of Sociology, has been named a fellow at Notre Dame’s Institute for Advanced Study for the spring semester, 2013. Nolan will be on sabbatical leave to complete a book comparing the experience of several famous foreign visitors to America, including Tocqueville, Weber, and Qutb.

David B. Edwards, Professor of Anthropology, will teach at Charles University, Prague, as a Fulbright Fellow during the fall of 2012.

This year ANSO has been joined by two visiting faculty. Nicolette Manglos, who recently completed her doctorate at the University of Texas-Austin, will teach courses in Sociology. Llerena Searle, whose doctoral work was completed at the University of Pennsylvania, will be teaching in Anthropology. Llerena, a 1999 graduate of Williams, majored in Art History here but later saw the light and shifted her focus to cultural anthropology.

News about Students and Alumni

Alvaro Jarrín ’03 has completed his PhD at Duke and is currently a visiting professor at Union College. The American Council of Learned Societies, which awarded him a fellowship in 2009, has a useful description of his recent research.

Annual senior prizes. The annual Orton Prize in Anthropology went to Hanna Saltzman. The Friedrichs Prize in Sociology was shared by Matthew Crimp and Katelyn Aldrin.

Sasha Macko ’11 was the subject of a video interview in the website ofForbes. She describes her commitment to the Occupy movement and its goals.

Steven Kerr ’02 stopped by Michael Brown’s office during a recent campus visit. Steve was finishing up a tour as legal counsel in the American Embassy, Kabul, and looking forward to a new posting. With luck, the next assignment will be in a safer place.

Here are some candids, mostly taken by Evalynn Rosado ’12, from the annual end-of-year banquet for majors held at the Alumni House.

Bürge Abiral ’11 reports that she is studying at Sabanci University and working on a number of projects, including a translation of the venerable collection Toward an Anthropology of Women into Turkish and helping a Turkish NGO focused on sustainability. Her interest in visual anthropology remains undiminished.

Katie Krause ’06 has been working as a project manager of the HIV Vaccine Trials Unit at Brigham and Women’s Hospital in Boston. She’s thinking seriously about pursuing a doctorate in sociology that would have a significant public health focus.

Irtefa Binte-Farid ’11 will be entering the anthropology PhD program at the University of Virginia in the fall of 2012.