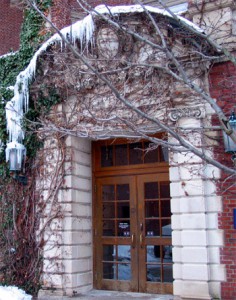 Hard to believe that this online alumni newsletter–as far as we know, the first of any department at Williams–hits the decade mark with this issue. Time flies when you’re playing with HTML.

We’ve got a somewhat thinner than average issue this time, mostly because we’ve completed one of those years when many regular members of the department are on sabbatical or off on parental or administrative leaves of one sort or another. And we graduated a smaller group of majors than usual, a situation that will not be repeated in 2008, when our majors return to more typical numbers.

This year’s ANSONews special project is a list of Williams graduates or almost-graduates who have pursued professional careers in Anthropology, Sociology, or closely related fields. We’ve probably missed a few Ephs, so by all means contact us with corrections.

As always, we welcome hearing about what our former majors are up to.

Lots of leaves and leave projects in 2006-2007.  ANSO hit one of those blips in the departmental leave cycle when an unusual number of faculty were on leave for one reason or another. Olga Shevchenko was on an Assistant Professor Leave that happily coincided with a maternity leave. Bob Jackall continued his involvement with the Williams in New York program in Fall 2006 and will carry on with [email protected] in 2007. Michael Brown, Peter Just, and James Nolan were all on leave for part or all of 2006-2007 while they worked on various projects.

Arafaat Valiani, Assistant Professor of Sociology, has been awarded an NEH summer stipend grant to work on his project “Formations of Militancy: Religion, Violence, and Political Mobilization in Twentieth Century India.”Olga Shevchenko has completed a book that Indiana University Press will publish in 2008. The working title is Crisis as a Way of Life: The Changing Contours of Everyday in Postsocialist Moscow. Olga has also co-edited and contributed an article to a special issue of the journal Social Identities focused on postsocialism and popular culture. The article analyzes the current Russian obsession with—of all things—crossword puzzles. Her current project deals with Russian family photo albums and memories of socialism. The Soviet era in its various guises is an object of considerable popular interest, which can be seen in the surprising resuscitation of many Soviet brands and renewed scholarly attention to the art/architecture/culture of late socialism.

Robert Jackall, Class of 1956 Prof. of Sociology & Public Affairs, is featured in a streaming video lecture, “Detective Work: A Look Inside the NYPD,” accessible in the website of Williams Alumni Relations. The talk was given presented during Alumni Reunions, June 2007. 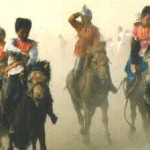 David B. Edwards will be traveling to China and Mongolia this summer to lay the groundwork for a documentary film project on Naadam, the annual festival of (among other things) Mongolian horsemanship. His documentary work on Afghanistan was the subject of a profile by Chris Marcisz in the Berkshire Eagle in September 2006.

Michael Brown’s work on heritage protection is featured in an interview (conducted by Thomas Strong and Jukka Siikala, both of the University of Helsinki) recently published in the Finnish journal Suomen Antropologi.

We will also be joined by Marketa Rulikova, Visiting Asst Prof of Sociology in Fall 2007, and Sameena Mulla, a doctoral candidate in Anthropology at Johns Hopkins University, who will be a Gaius Charles Bolin Predoctoral Fellow.

New faces in 2007-2008…and some that we’ve seen before. Prof. Kai Erikson will return to ANSO as Visiting Distinguished Professor of Sociology in Fall 2007. Some of you will remember Kai from his two previous visiting stints in the department. A return of a different sort will be made by Wendi S. Haugh ’91, who will be Visiting Assistant Professor of Anthropology in 2007-2008, having completed her PhD at Penn and a year as a visiting professor at Oberlin. Wendi’s return to WIlliams got us thinking about other Ephs who have gone on to professional careers in Anthropology or Sociology, a list of whom we’ve prepared for this issue of ANSONews. There are doubtless errors in the list, so please send us corrections and additions.

News about students and alumni

2007 was a quiet year with a significant downward blip in the number of graduating seniors. But things revert to a more normal pattern in 2007-2008, when the department has 11 rising seniors and 11 rising juniors who have declared majors in either Sociology or Anthropology.

Emily Button ’07 was this year’s winner of the James Orton Prize in Anthropology. This was one of several trips to the platform that Emily made during the Baccalaureate Service: She was also awarded the Class of 1945 Florence Chandler Fellowship and the Charles Bridgen Lansing Class of 1829 Fellowship in Latin and Greek from the Classics Department.
Speaking of James Orton, Orton’s most famous book, The Andes and the Amazon, originally published in 1870, is now accessible full-text at the website of the Gutenberg Project. Check it out: it’s surprisingly good reading.

Random tidbits about alums: Natalie Bump ’04 is beginning a joint JD/PhD program in law and anthropology at Northwestern. Elsewhere in the midwest, Jess Robbins ’01 has been admitted to PhD candidacy in Anthropology at the University of Michigan and expects to commence fieldwork in Poland sometime next year. Freeden Oeur ’03 has completed his MA in Sociology at Berkeley and is now preparing for his doctoral qualifying exams. He continues to develop his interest in the sociology of education, which he expects will shape his dissertation farther down the PhD road. 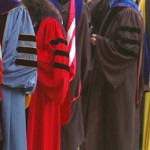 News about the activities of ANSO alums—including those of you who pursuing non-academic careers—is always welcome!

Just for fun we have tried to identify past and present Williams graduates (and a few who transferred elsewhere before graduating) who have become professional anthropologists and sociologists. Many did not major in ANSO at Williams. Some were here long before the department came into existence, which as many of you know was late by comparison to other institutions of higher education in the United States.

We did the best we could to gather complete and accurate information, but we’ve doubtless missed a few of you. Please contact Michael Brown at his Williams email address with information about corrections and additions.

The numbers–and some of the names–may surprise you. Their year of graduation is included when we know it. (New information added in late 2011.)

Olga Shevchenko spent the past 14 months traveling to various Russian towns, from Rostov-on-Don to Vladimir (often in the company of her collaborator, Dr. Oksana Sarkisova of Central European University), and looking into the kinds of private memories of the Soviet past that arise when people view and comment on their family photographic albums. This research, which was funded by the NEH and the Wenner-Gren Foundation, will become the basis of the book Shevchenko and Sarkisova are planning to write on amateur photography as a technology of memory.

Williams College anthropology professor David Edwards spent much of the spring and summer of 2001 painstakingly building an archive from photos and videos of Afghanistan — a place he’d spent his career studying.

A few weeks after the Sept. 11 terrorist attacks, as war geared up against al-Qaida and its Taliban hosts there, The New York Times published a news story about Edwards’ archive. The next day, Edwards had about 50 voice mails from news outlets, ranging from “Nightline” to “60 Minutes,” to all the networks.

“That right there changed my life,” he said. “I was a specialist in a topic no one really cared about. And suddenly, everyone cared about it.”

For some scholars, the attacks brought the subjects of their lives’ work into intense and broad public scrutiny. The spotlight has presented a mix of opportunities and frustrations.

Interest at a young age

Edwards’ interest in Afghanistan began when he was young, when his grandmother sent him a postcard from Kabul as she traveled around the world. He rememberd her description of sitting on a hotel balcony and watching as a camel caravan unloaded all night in a marketplace below.

His interest was confirmed when he traveled there after college. It was one of the few places left on Earth to study nomadic cultures, and it presented a unique opportunity to explore the complex social and ethnic mix at the crossroads of several great civilizations.

But what made it appealing — the rugged, timeless swirl of peoples and cultures — also made it a difficult place to work as an anthropologist whose research requires close work in the field.

After the Soviet invasion of Afghanistan in late 1979, Edwards watched as many of his peers gave up working and studying in such adverse conditions. He gravitated to Afghan refugees in areas bordering Pakistan to conduct his field work.

On Sept. 11, Edwards was in the midst of digitizing and cataloging an archive of images that were stored in Peshawar in Pakistan, and was collaborating on the project with several Afghans who had come over to help with the work. One of them was heading home, awaiting a flight at the Newark International Airport, when the terrorists’ planes struck the World Trade Center towers. He was briefly detained by the FBI, and Edwards had to vouch for him.

The echoes of the attacks not only affected his field of study, but his personal life as well. He would become friends with the Goodrich family of Bennington, Vt., who lost their eldest son, Peter. He was on United Airlines Flight 175, which was crashed into the south tower.

Peter’s childhood friend, Rush Filson, of Williamstown, was serving in the Marine Corps in Afghanistan, and told the family about the poor shape the schools were in. The Goodriches decided that would be how they would honor their son’s memory.

They sent an e-mail to Edwards, who was in Afghanistan at the time. He said he was skeptical at first.

But Sally Goodrich, Peter’s mother, was persistent. And with Edwards’ help and connections, they were able to open a school for girls last March in Logar province.

Edwards had also had been planning to make a film using archival material he had gathered through the years about the country. But with Afghanistan now open again to outsiders since the American ouster of the Taliban, he saw an opportunity to explore the present moment in Afghan history.

The final result was “Kabul Transit,” a film he produced with Gregory Whitmore, which premiered earlier this year at the Los Angeles Film Festival.

Country at the forefront

Edwards said that Afghanistan has drifted in an out of American consciousness in recent decades: From the original burst of interest immediately after the Soviet invasion — which led to a U.S. boycott of the Moscow Olympics in 1980 — to feminist groups’ opposing the Taliban regime in the 1990s.

“Afghanistan has periodically gone from obscurity to the center of attention and back to obscurity,” he said. “There is no place like that.”

And while the work has been frustrating and often distressing, he said it has been a good opportunity.

“I’ve had a courtside seat at the development of the central issues of our times,” he said.

The spring semester is underway. See our Covid-19 website for strict health and safety protocols for those who remain on campus. All Williams College buildings are closed to the public and visitors until further notice.